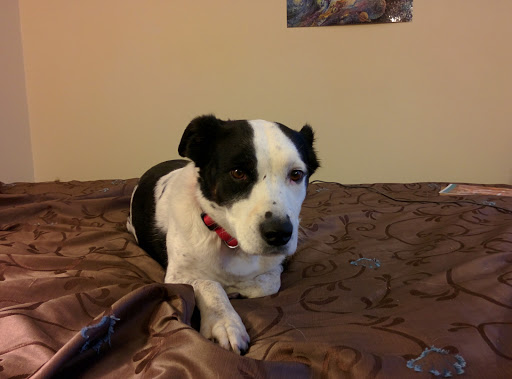 This is Suzi. Suzi is a 7-year-old pitt cross, and she needs a new home. Suzi’s mum has recently been in a car accident, and she’s going to have to go and live with her daughter for the foreseeable future, but she can’t take Suzi with her. 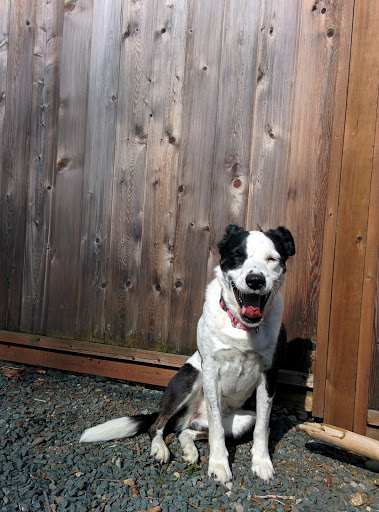 Suzi’s mum is my mum’s tenant, so she’s taking care of Suzi for now, but Mum’s looking for a new home for her on her tenant’s behalf. Suzi is house-trained, will not chew your stuff, knows basic commands, and has reasonably good recall (coming-when-called), but has no cat or kid experience, so a home without either would be best. 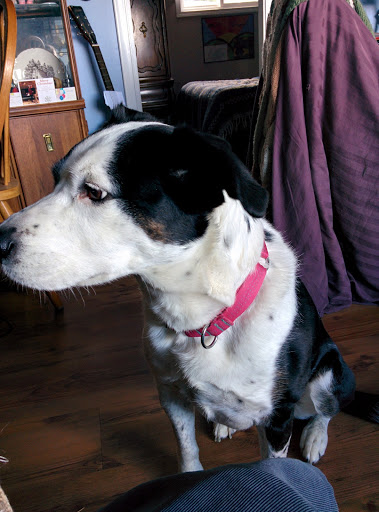 She’s fine with other dogs (my mum has a Chow-Lab cross and they’ve been co-habitating with no problems). Suzi has low leash-reactivity (is pretty chill when out for a walk), likes to chase bunnies (which one presumes would translate to squirrels), is extremely sweet, cuddly, and affectionate, and is very sad right now. 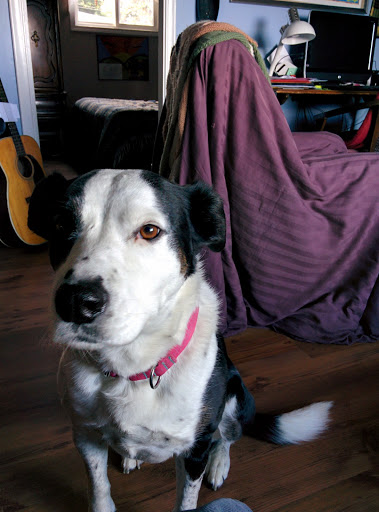 If you would be interested in adopting Suzi, or know anyone who’s looking to adopt, drop me a line! Either leave a comment or email me directly. Suzi’s mum will be in the hospital for another two weeks, so it would be awesome if we can have found Suzi a new home by then, or at least have options for her. Suzi currently lives in Campbell River, on Vancouver Island, but transport could be arranged, within reason.

Look at this face. 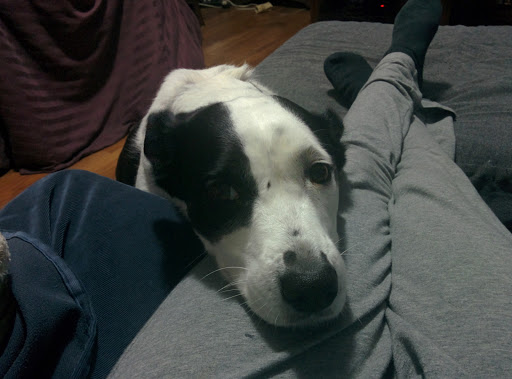 You know you want to make her day.
Uncategorized dog

Another trip to the dog beach. This time featuring Maya, the amazing three-legged dog, adopted from Mexico and now living the high life.

In other news, Pekoe is the best dog in the world, and Ginny still hates you.